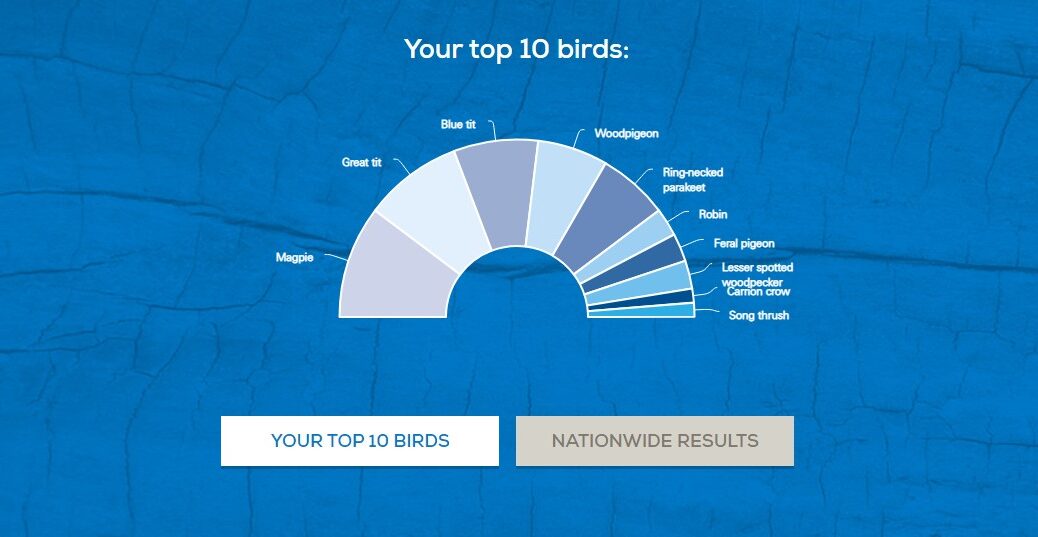 This year we took part in the Big Garden Birdwatch. These were the results for Albion Millennium Green, with magpies (below left) and great tits (centre) registered as our most commonly seen birds – on the day (Sunday 30th January)

Not recorded here is the fact that we also spotted a redwing (right). It landed at the edge of the pond, where it spent a short while drinking. It was stunning with its striking facial markings and the reddish flash under its wing. We scrambled to take photographs, but they are rather blurred!

The redwing is a member of the thrush family which migrates into the UK in October. It spends the winter here before flying further north in the spring to breed. It is relatively rare (currently on the RSPB’s amber list) and so it was a tremendous treat to see it up close like this.

Over the coming year we are running a biodiversity project on the Green funded by the Kenneth White Legacy Award in order to try and increase our bird, butterfly, bat, and bee populations.

FREE EVENT! Join us on Saturday 30 July at 2pm on the Green. Click on image for Eventbrite link. 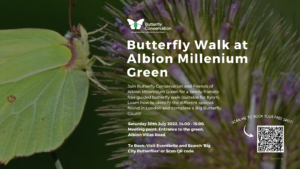 Our Volunteer Workdays are every second Saturday of the month, from 10.30 am to 2.30 pm. See our 'Getting Involved' page for details.

How to find us

The main entrance to the Green is located at the end of Albion Villas Road, Forest Hill, London SE26.

We can also be accessed from the Railway Path that runs parallel to Dartmouth Road, linking Forest Hill Railway Station to Sydenham Park.